Many seafood dishes are enjoyed worldwide and are not exclusive to one location. Among these different dishes, fried calamari is one of the most popular. While the thought of dining on fried squid might seem unappetizing, its unique taste has several eaters all over the world asking for seconds. Today, we’ll dive into a brief history of this succulent seafood dish that some people can’t get enough of. 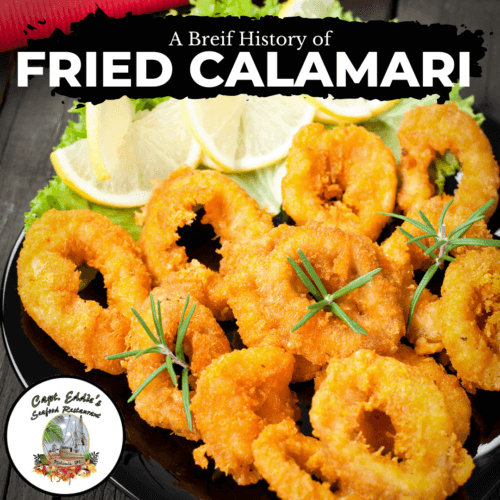 Where Did it Come From?

Squid is enjoyed all over the world and prepared in a number of ways. However, the concept of fried calamari originated in Italy. Through the extensive network of trade routes, the calamari was introduced to various cultures over the centuries. However, it didn’t appear in the United States until 1975, but it’s been popular ever since.

How is Fried Calamari Made?

The ways in which food is gathered and prepared is a process that’s changed throughout the course of history. That said, the traditional way in which fired calamari is cooked has remained unchanged. First, the squid is caught and thoroughly cleaned. Then, a chef slices the squid’s mantle and leaves the rest of the fish to be used in other dishes. The mantle is then battered and deep fried. Then, at last, it’s served to the people with a hearty appetite.

When Did Calamari Gain Popularity?

While fired calamari has been popular for a very long time, it didn’t become a well-known dish until 1975, when an article singing its praises was published in the New York area. With squid being available on eastern shores, it didn’t take long for the dish to gain notoriety. It’s no secret that Americans can’t get enough of fried foods. And while french fries, deep-fried scallops and shrimp, and several other meals have always remained popular, fried Calamari is sought after by many seafood connoisseurs as one of the most decadent and sophisticated dishes. Because of the intricate way it’s prepared, it’s not as common as other items, making it all the more exotic.

Seafood is one of the most popular options for dining out. At Captain Eddie’s Seafood, you’ll find some of the most exquisite dishes that are served in a warm and welcoming environment. If you’re looking to dine in at home, our fully stocked fish market can provide you with the best options. For a menu, reservations, and more, visit us at captaineddiesseafood.com.